In the last few years E-learning has become an increasingly important learning and teaching mode and companies particularly valued it during the COVID-19 lockdown in 2020. From one day to the next, face-to-face learning was no longer possible and it was necessary to adopt alternative educational methods.

Articulate is certainly one of the best-known realities in the online training panorama. Its Storyline 360 and Rise 360 are apps which we at Editha have come to appreciate during our years of collaboration with several translation agencies and customers.

The Articulate 360 suite includes different E-learning tools. Although people often refer to Articulate 360 as a single program, it is actually a subscription which gives you access to the main course authoring tools – Storyline 360 and Rise 360 – and to many other tools which we’ll examine in the future.

Storyline 360 is the main app in the Articulate 360 suite and users often inaccurately call it Articulate.

It is an E-learning authoring tool which allows users to develop responsive courses. With Storyline 360 it is possible to design courses with complex logical and navigation frameworks. It can, for instance, group content into linked chapters which can be easily browsed. It also gives you the possibility to use the so-called conditional interactivity, which means that specific contents will be available to the learner only when certain conditions are met.

In addition, it allows course designers to sync animations with audio, a feature which should not be taken for granted in this kind of apps. In Storyline 360 voice-over narration can be synchronised with text on the screen so that text only appears when it is read, in order not to distract the user.

Rise 360 is Storyline 360’s ‘smart’ partner. This web app provides quick and easy course authoring and accessing. The output is fully responsive content that looks like a website.

One the one hand, Rise 360 is more limited than Storyline 360: it does not feature the complex topic organisation, the audio-video editing and the same degree of customisation that Storyline 360 does. On the other hand, it is faster and gives you the possibility to import and use customisable templates for your content.

How we use Articulate 360 in Editha

We do not only use it for internal training (together with the more structured documents that we create in MadCap Flare), but we also use it to support our customers in two distinct phases of their courses’ creation: the course design in Storyline 360 or Rise 360 starting from other documents, or the multilingual translation of existing courses.

Interactivity is one of the advantages of E-learning. That’s why we help our customers turn static content, such as Word, PDF and Powerpoint documents, into truly interactive lessons, both in Storyline 360 and Rise 360, whereas for existing courses we support them – mainly translation agencies – in the course localization process. We export content so that it can be translated into CAT tools and, once the translation is complete, we import it into the tool and make sure that the translated course retain all the features of the original version.

The Articulate 360 suite allows us to combine creative, almost playful, elements with more technical aspects of authoring. If you are considering adopting E-learning in your company, contact us and we will find together the solution that best suits your content.

Silvia Rossi has been working as a DTP Specialist in Editha for 5 years. She graduated in Graphic Design, then started her career in Editha shortly after. Here she has deepened her knowledge of Desktop Publishing and has specialized in the use of various software including Indesign and Articulate 360. She is constantly looking for new automatisms that can be created to simplify and speed up the working processes. At the end of the day, however, she is constantly looking for a piece of chocolate cake!
← Precedente: Translated into poetry Successivo: CAT Tools and Computer Assisted Translation → 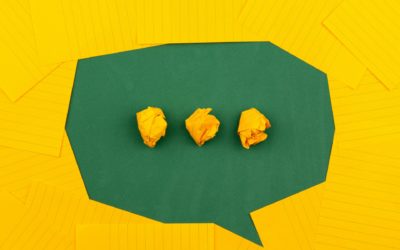 How to communicate effectively with a DTP specialist

The lack of clarity regarding the goals of a collaboration leads to possible misunderstandings. A few tips on professional communication.